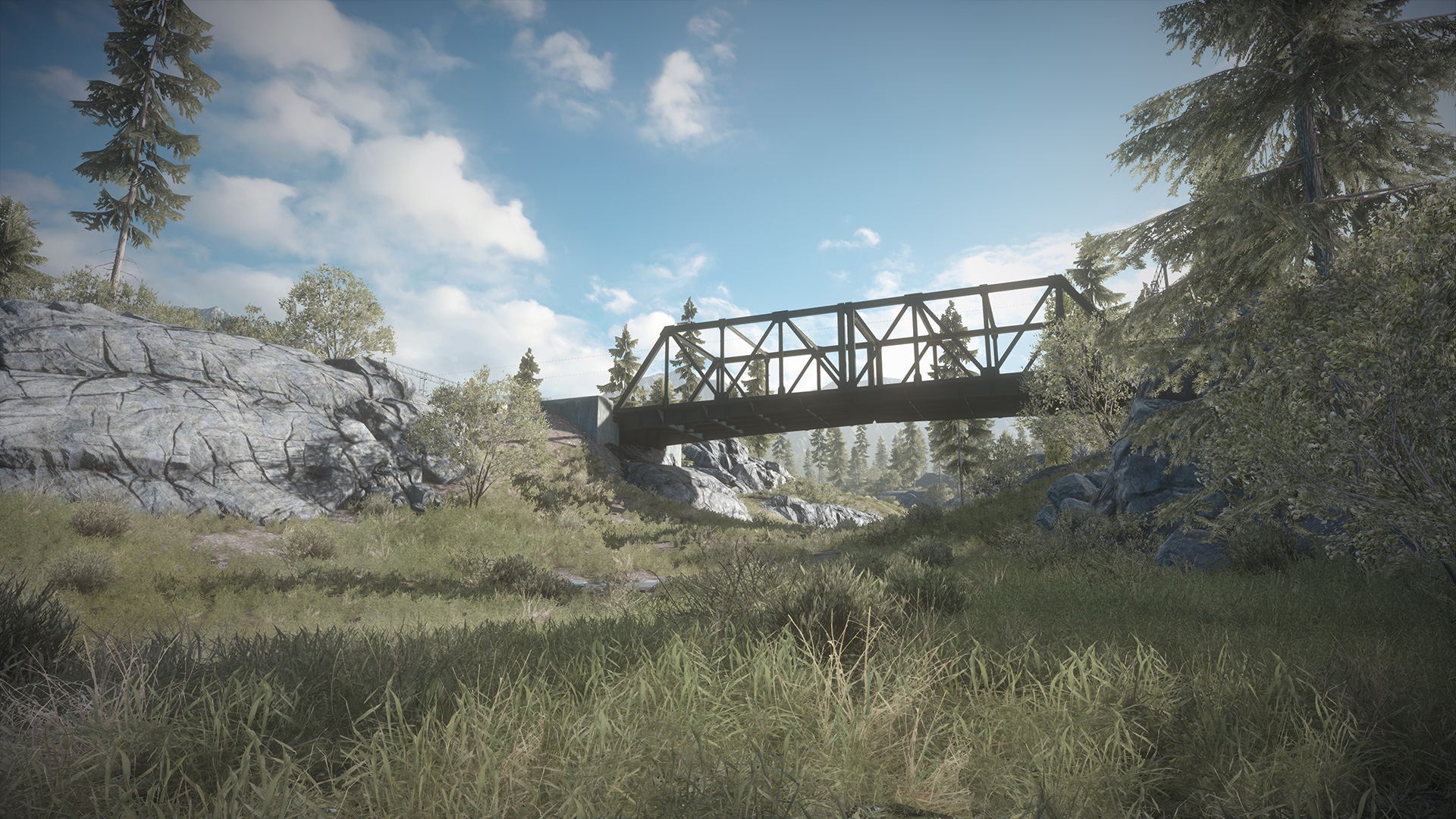 This level purpose is to expand the already great map Kiasar Railroad but giving it a new twist, we're doing it under the premise to be playable as a Battle Royale map.

To build this map I had to use the MapEditor mod, at the time of making this level, the tool was still on development so I couldnt use many stuff which a normal engine would offer me like terrain editor, ability to place sounds and FX natively (actually done with EffectBlueprint and EffectManager), scalable assets keeping it's collision and many more stuff.

In the DLC End Game, map's max size before falling to the void are 6x6km2, what players would play in this version would be around 2,5x2,5km2.

Vanilla offers 0,6x,6km2 map's size, I had to think really well each zone's purpose and distances so players wouldn't get bored of traveling such big distances.

The first step was to take a look what the terrain was already offering, I saw a lot of interesting areas that could lead into good fights once the level would be finished so after that I started to think about the map's layout.

Players can actually go further beyond the "virtual" out of bounds, but circle will catch them before they reach that point.

The final circle will always close outside the ocean, so don't mind trying to explore all the areas you can before it closes. 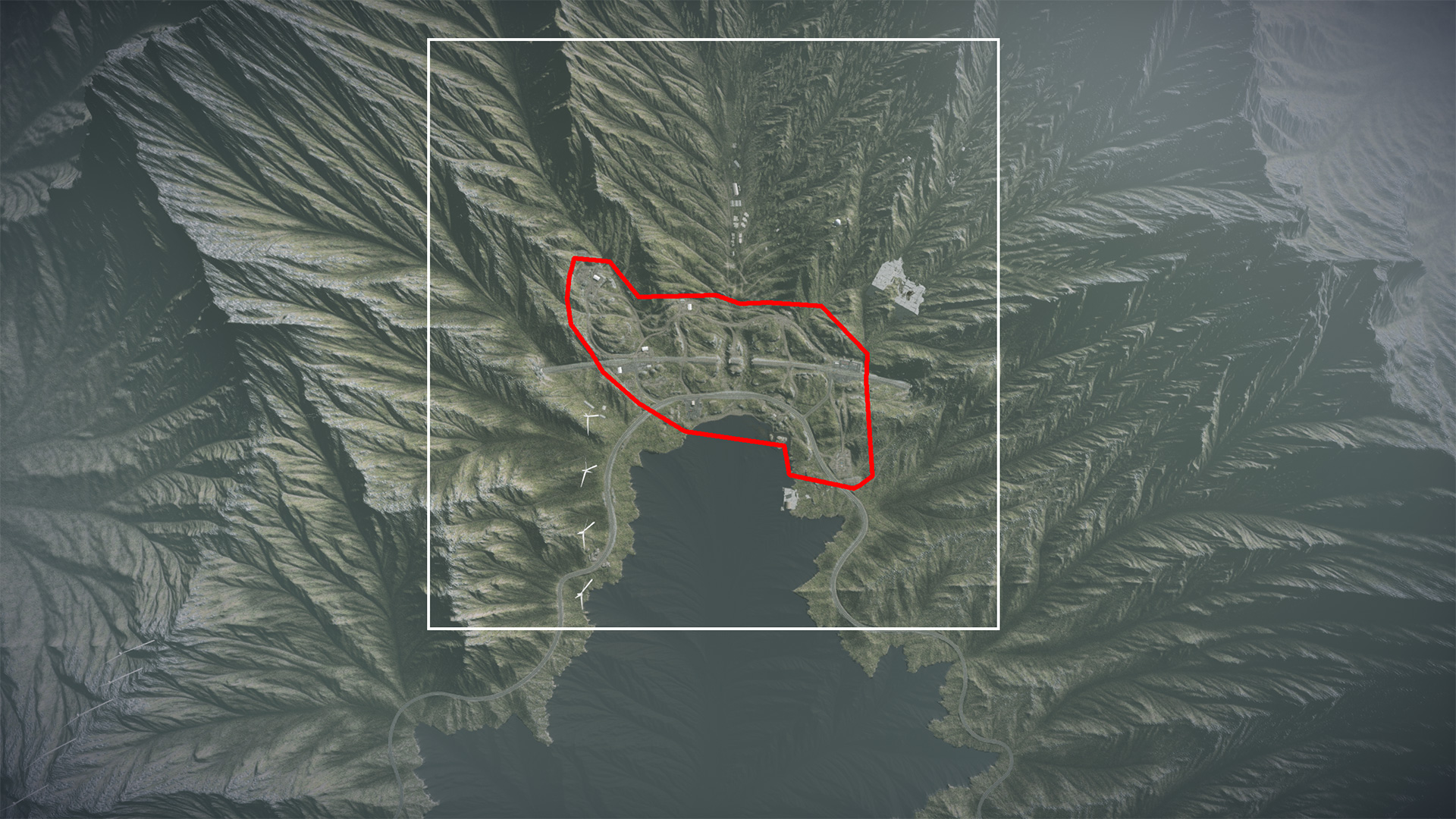 Original Out of Bounds area from Vanilla map in red as comparison. 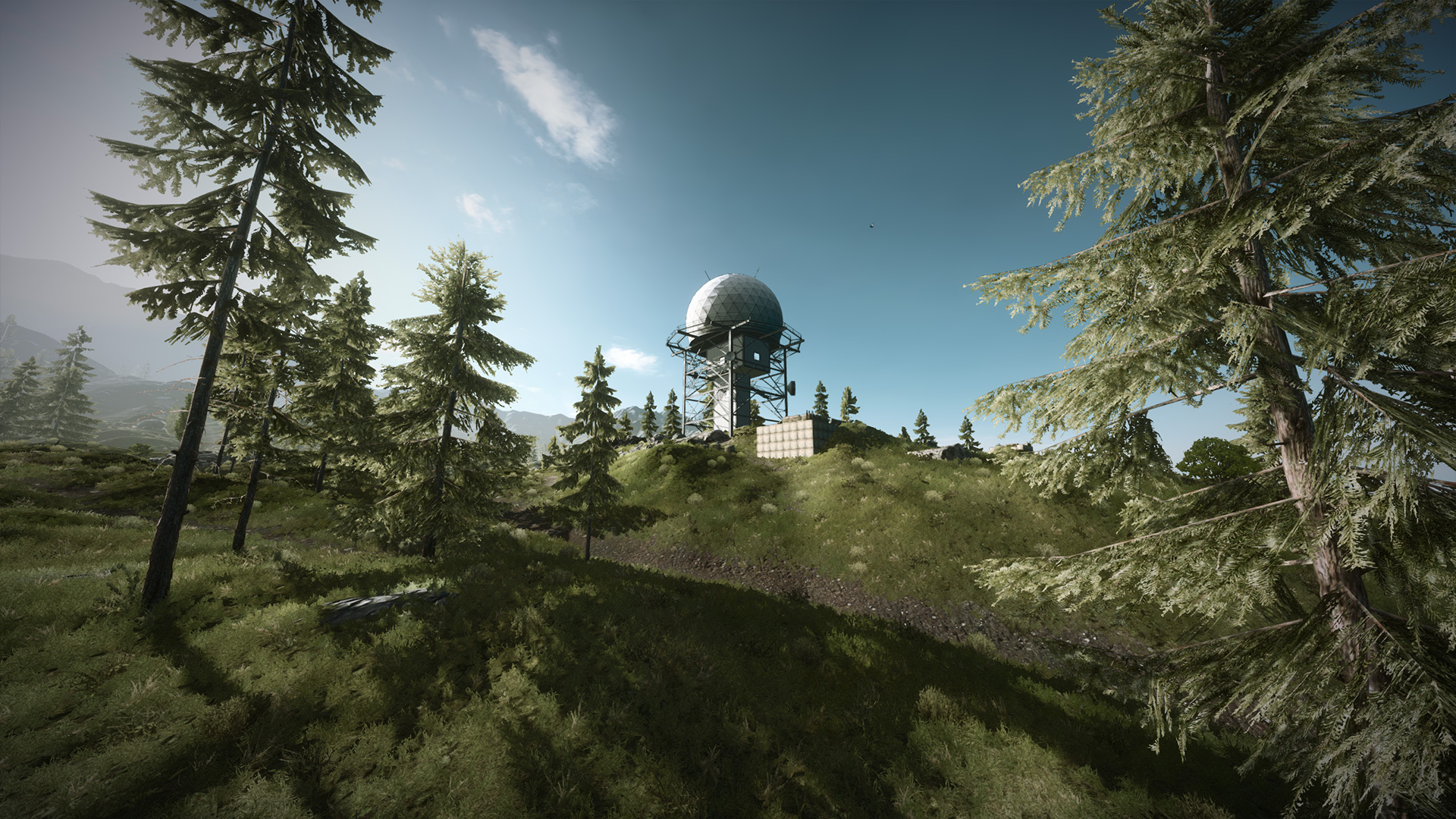 Lookout is the constructed highest point in the map, from here you can actually see the whole map and its surroundings. 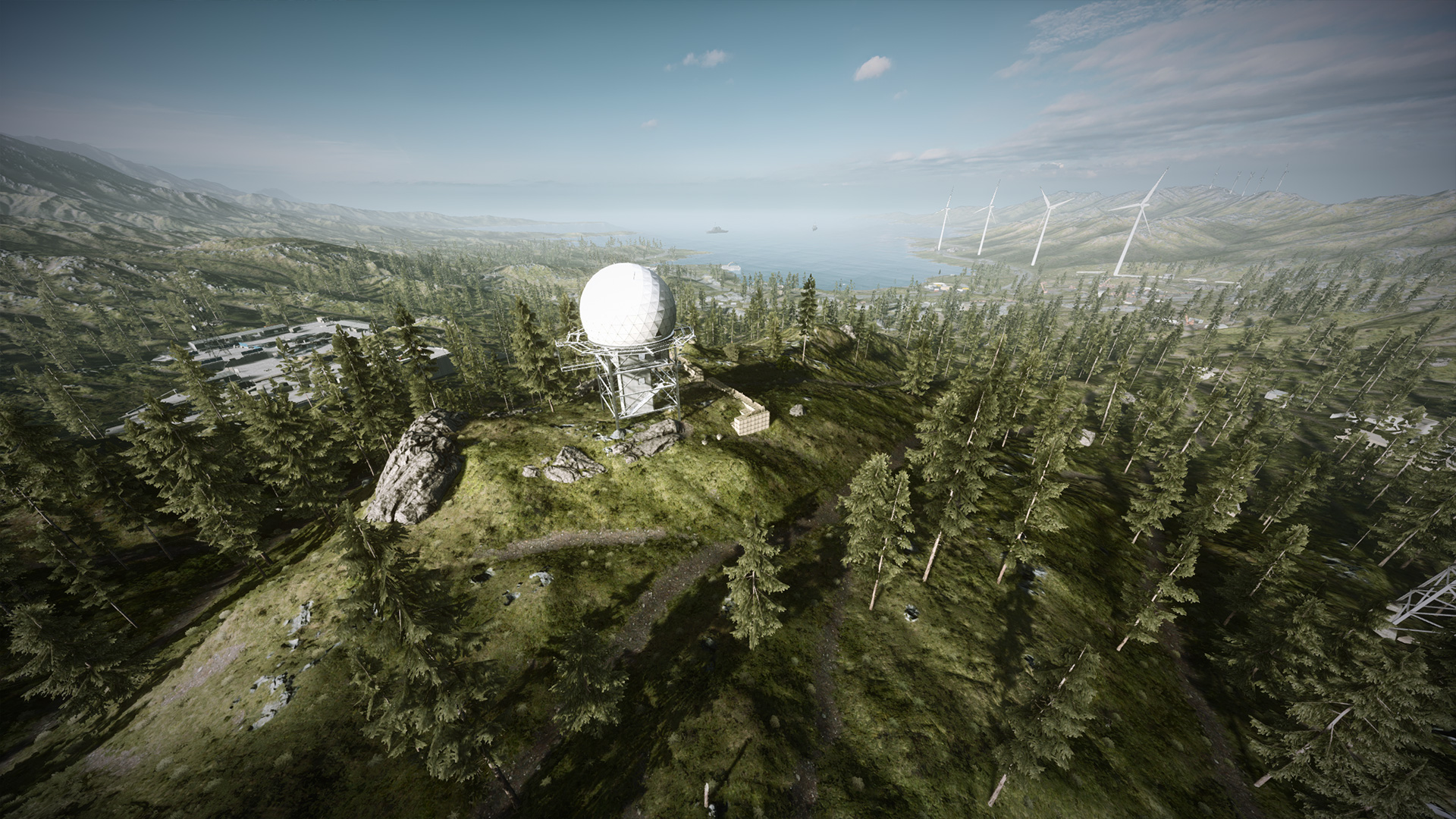 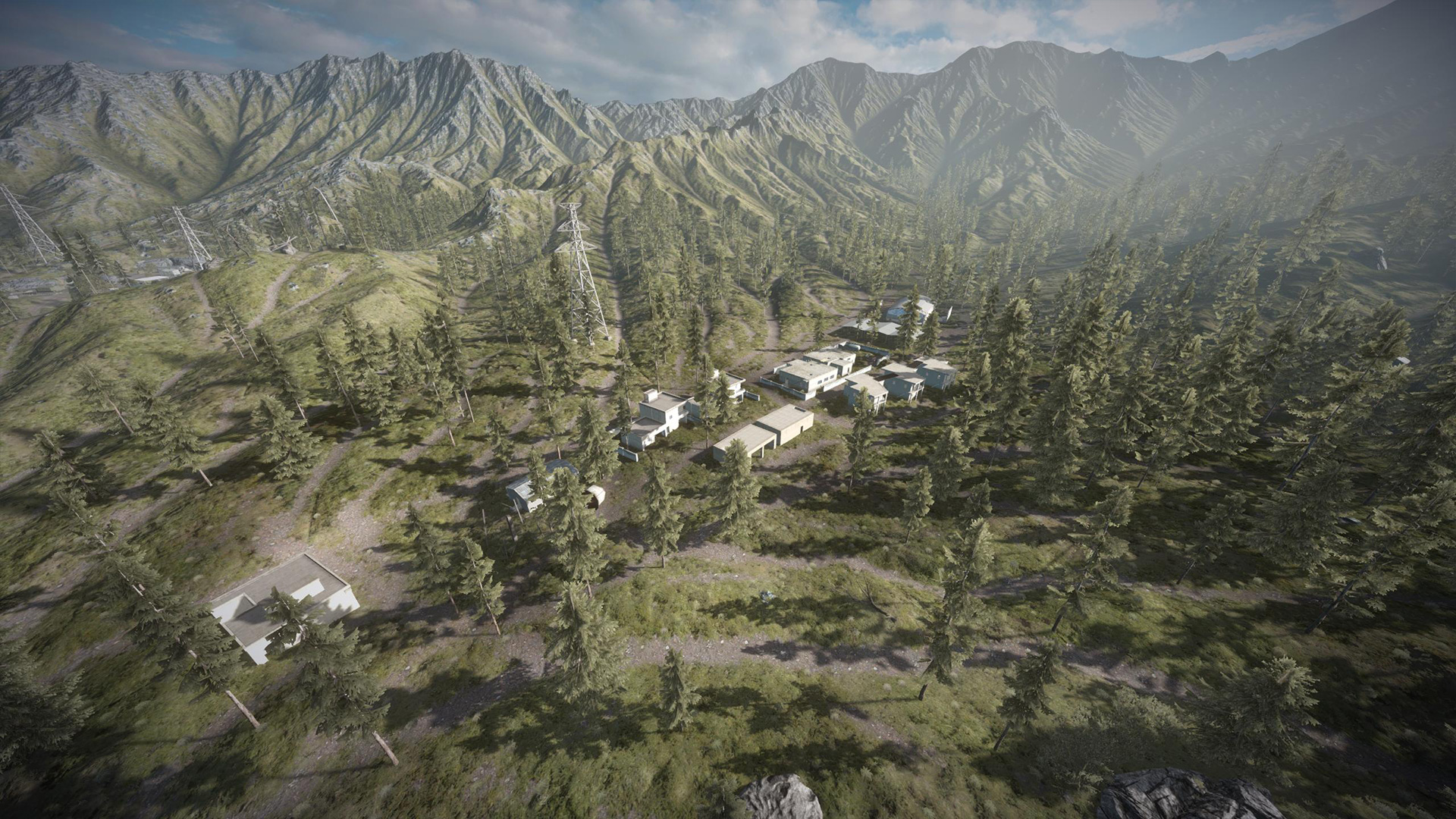 The village has been habited in the past, now it is a ghost town due the lack of resources, expect to find plenty of loot here. 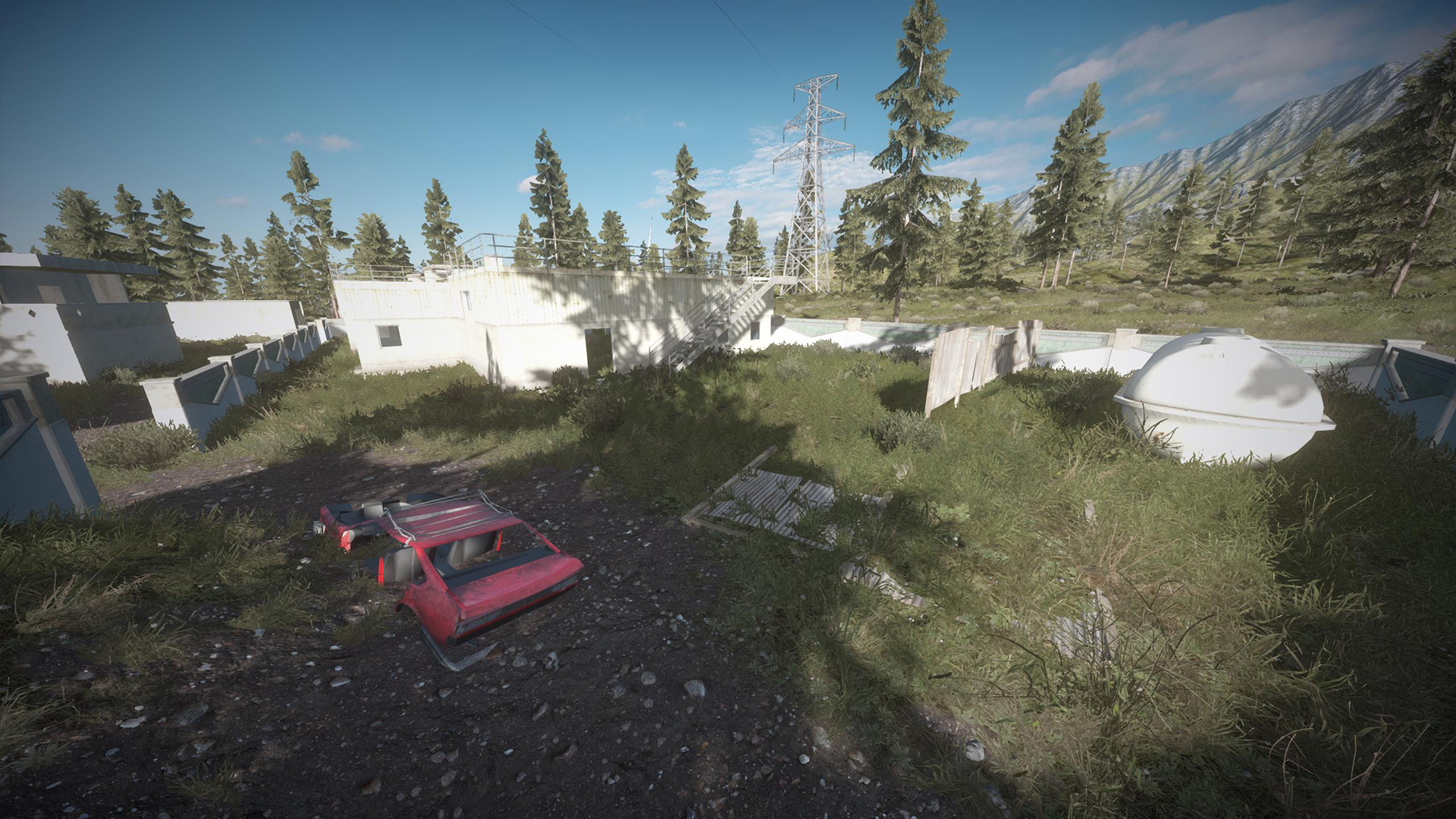 Harbour is the naval military point of Kiasar, you might expect to find a merchant in a future update here. 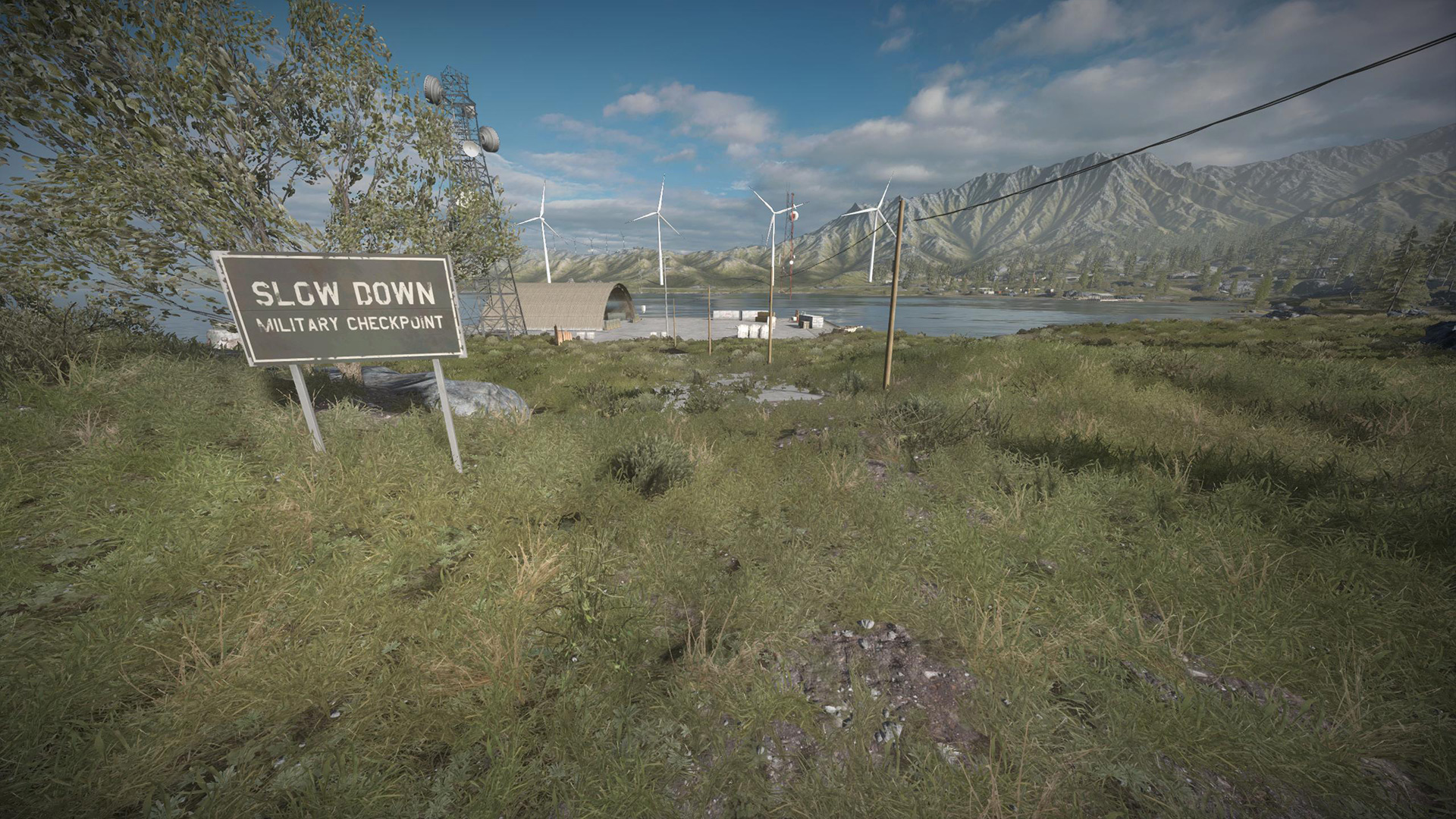 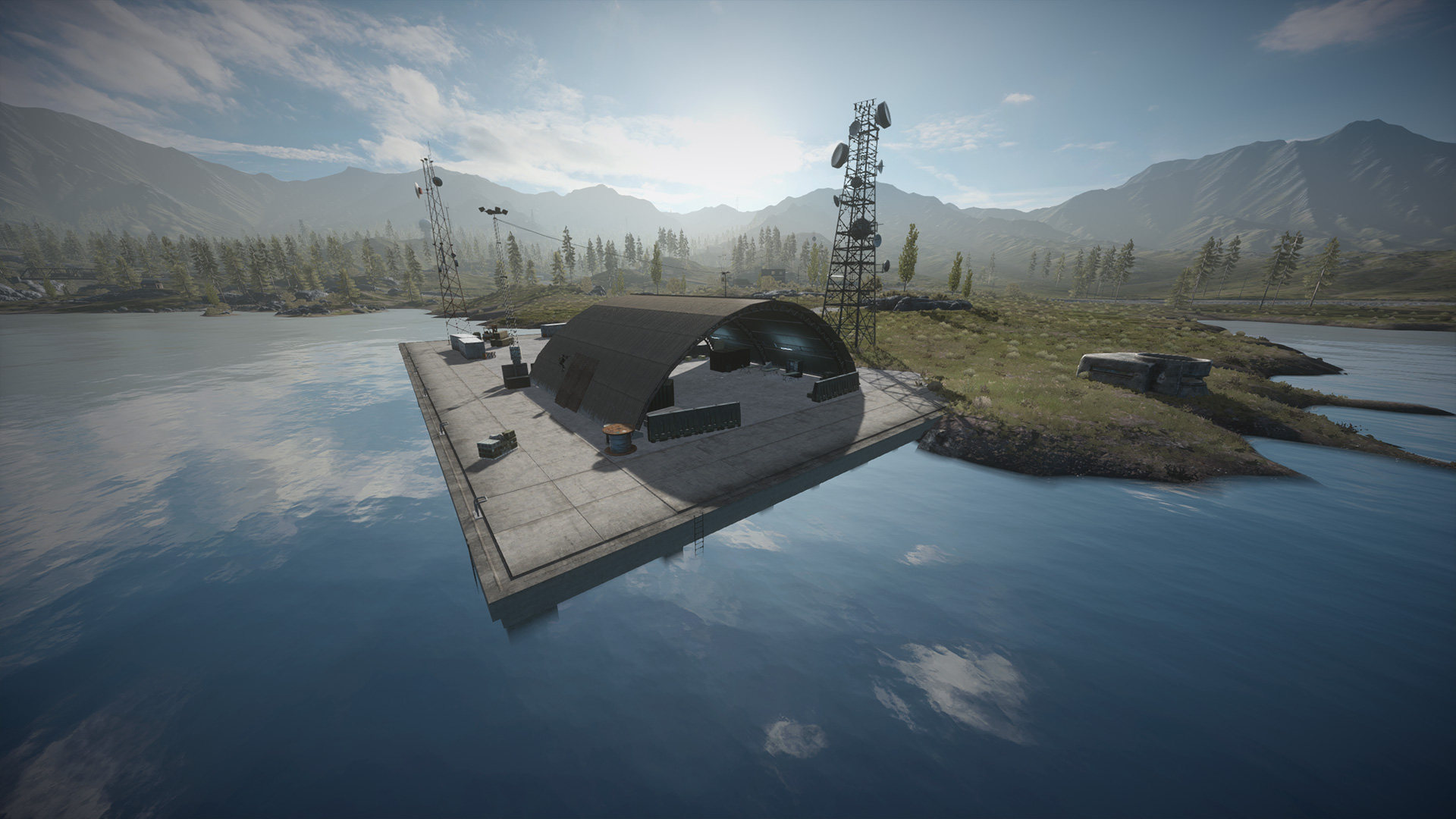 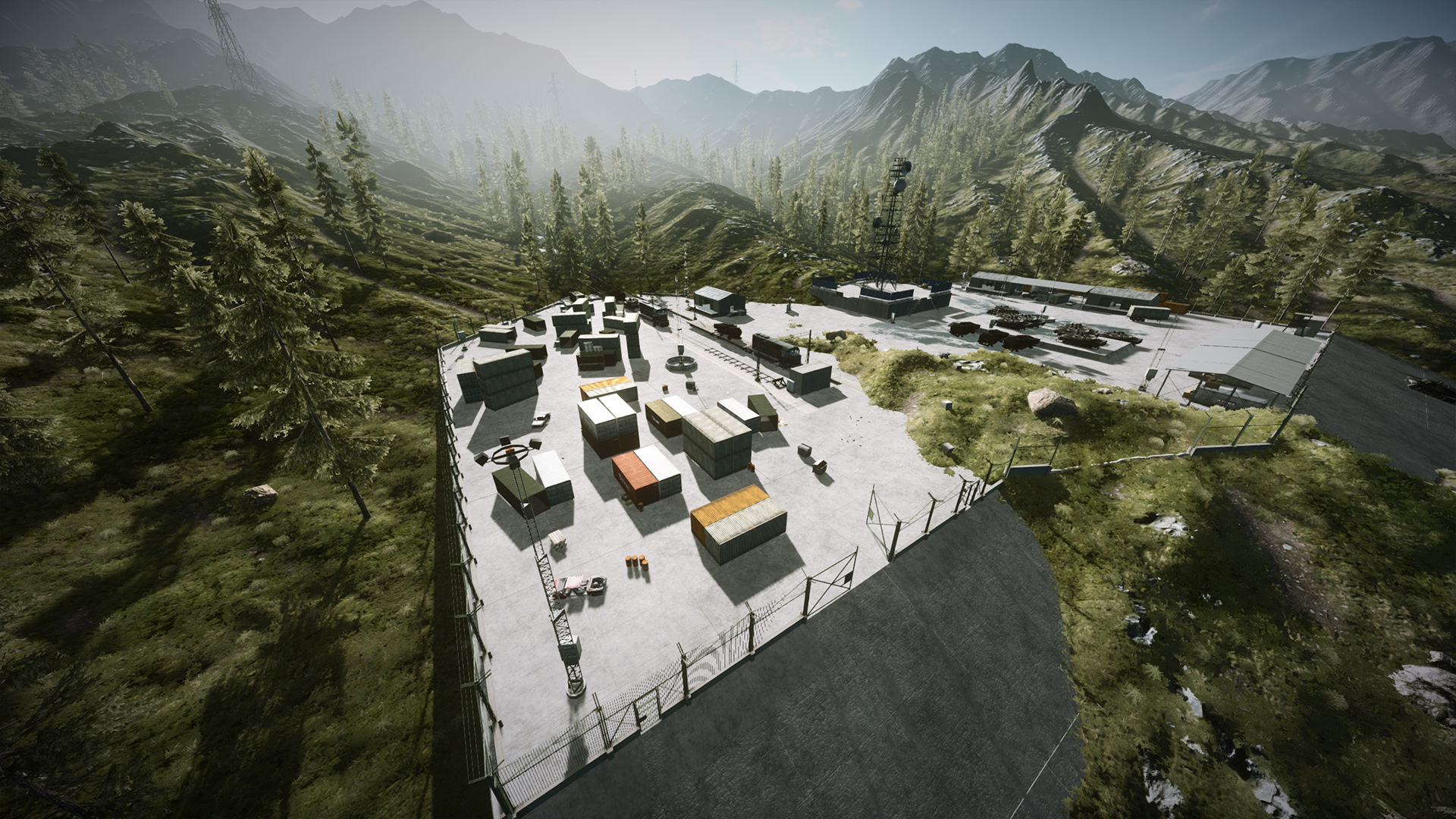 Years ago this was a concurred vehicle graveyard, as years pased and the resources decreased, it ended being abandoned aswell. 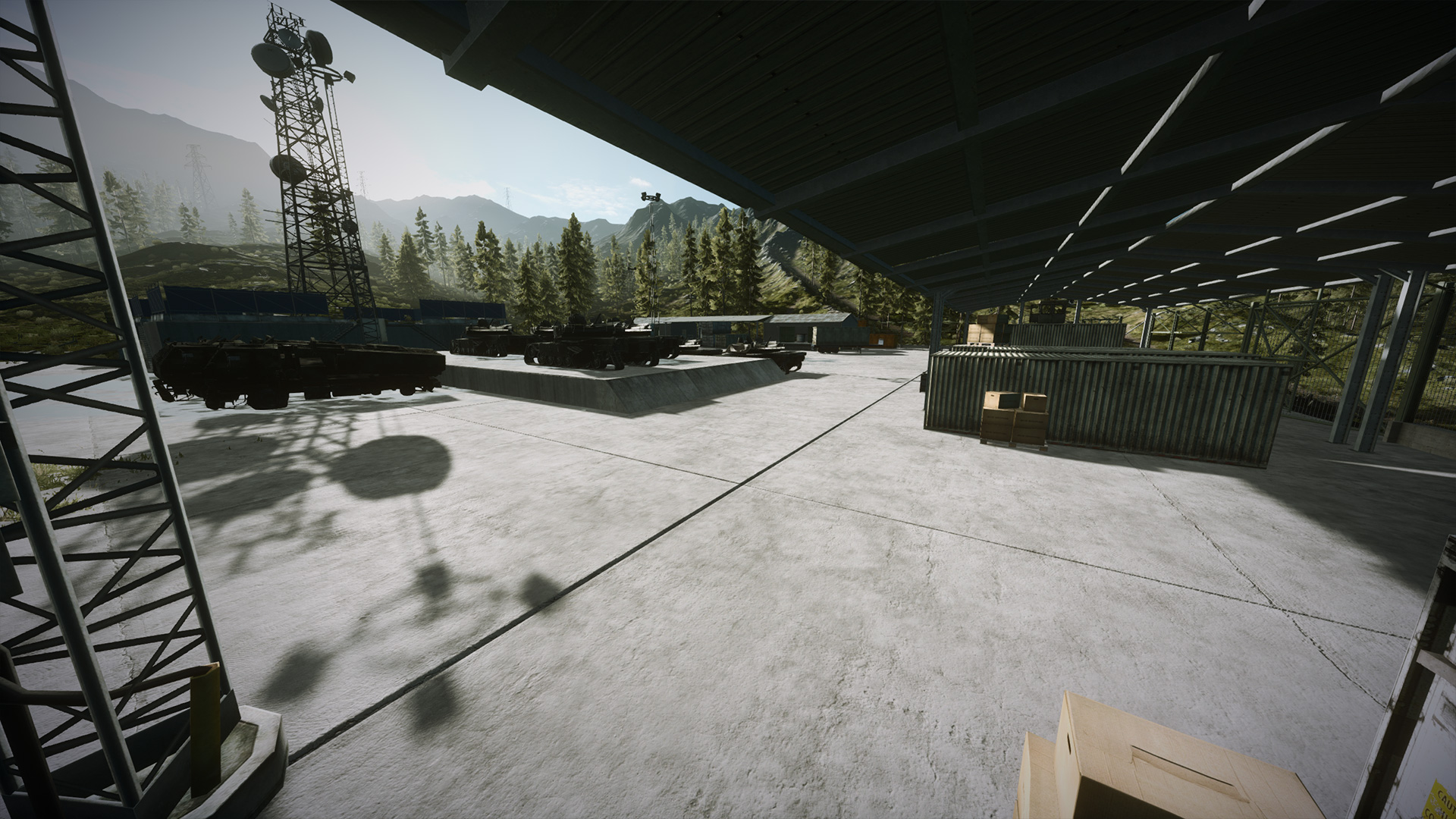 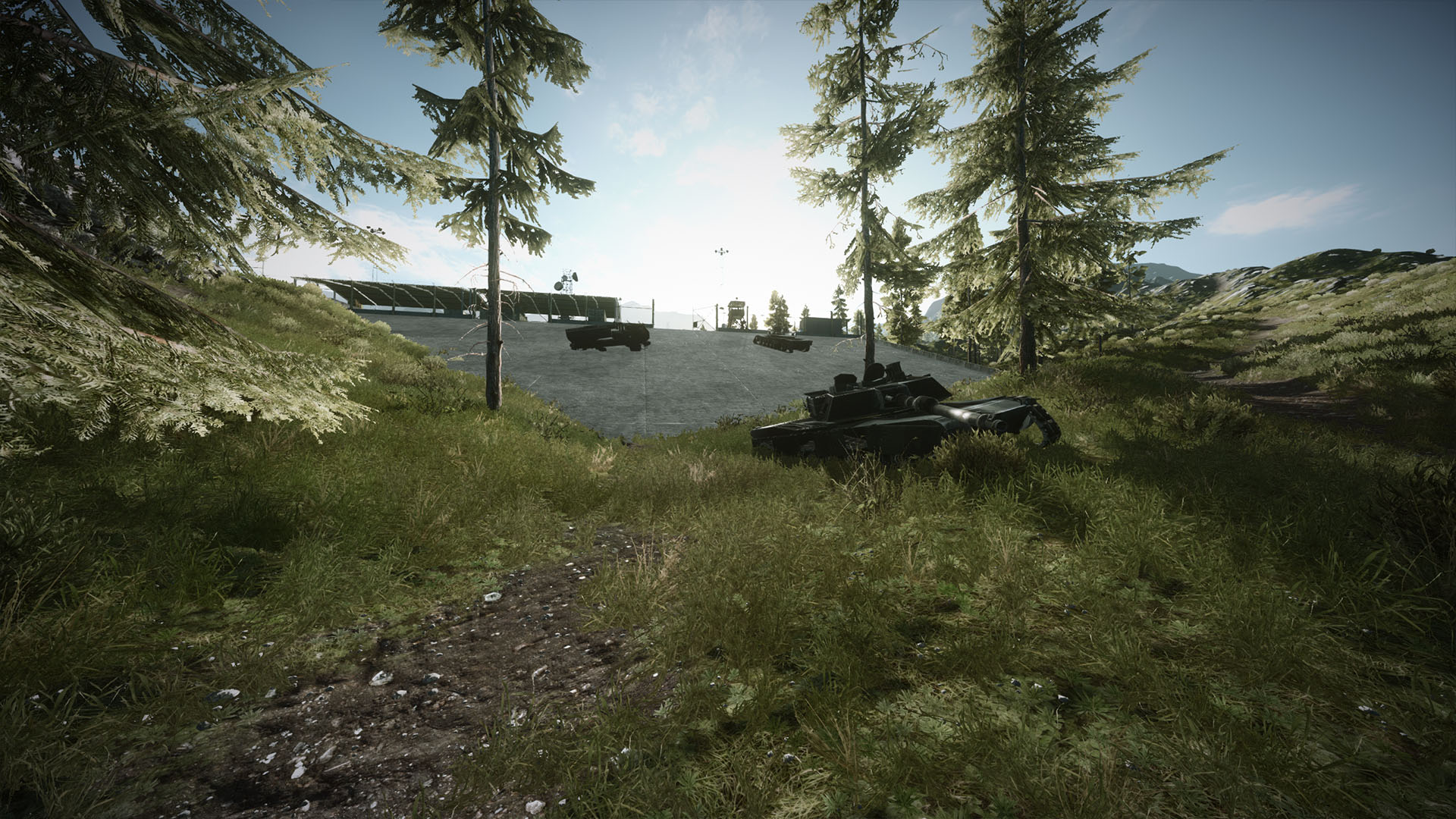 In this area is where most of the timber is stored, timber piles, pallets and even containers with more inside. This area is still work in progress. 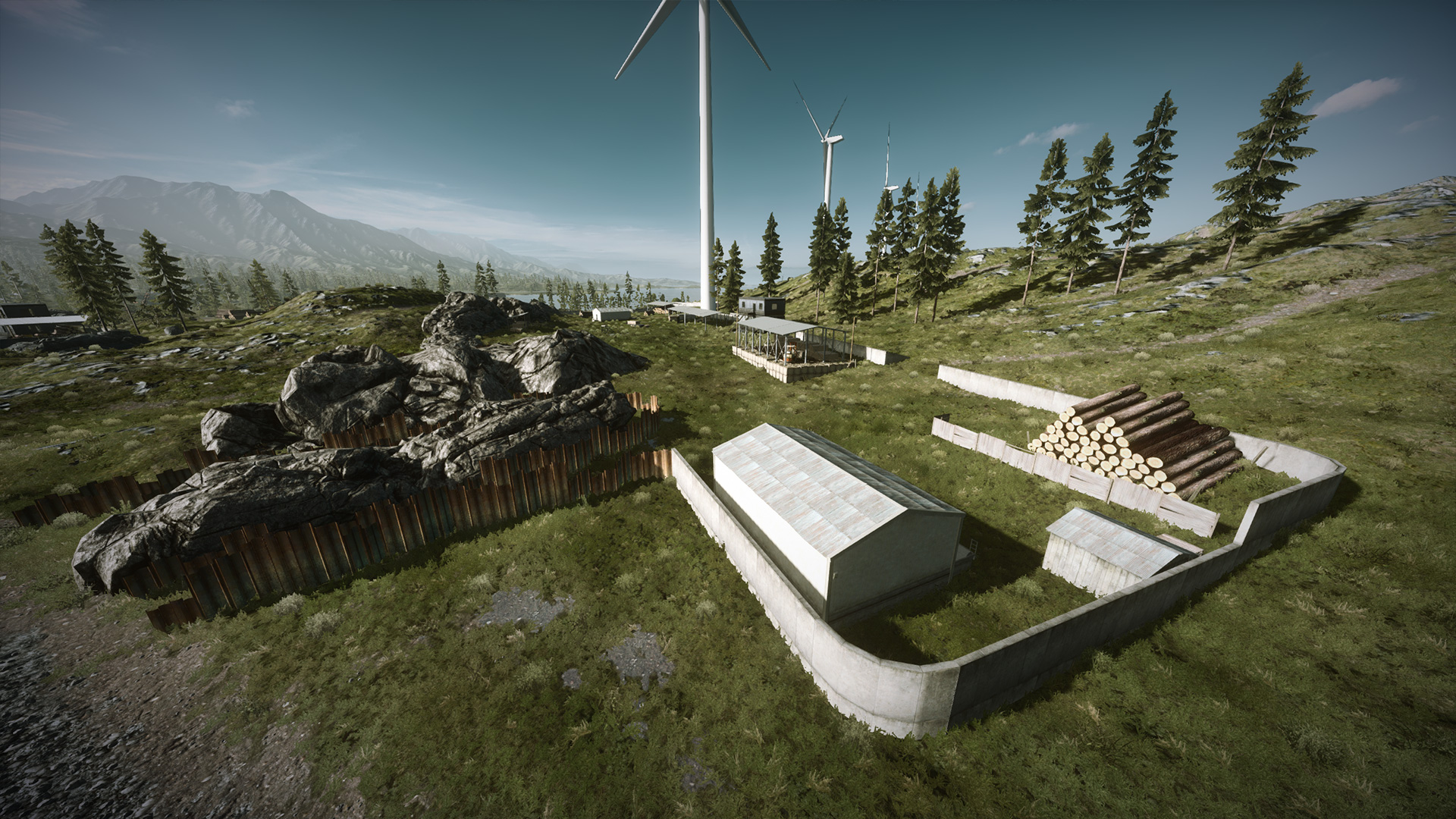 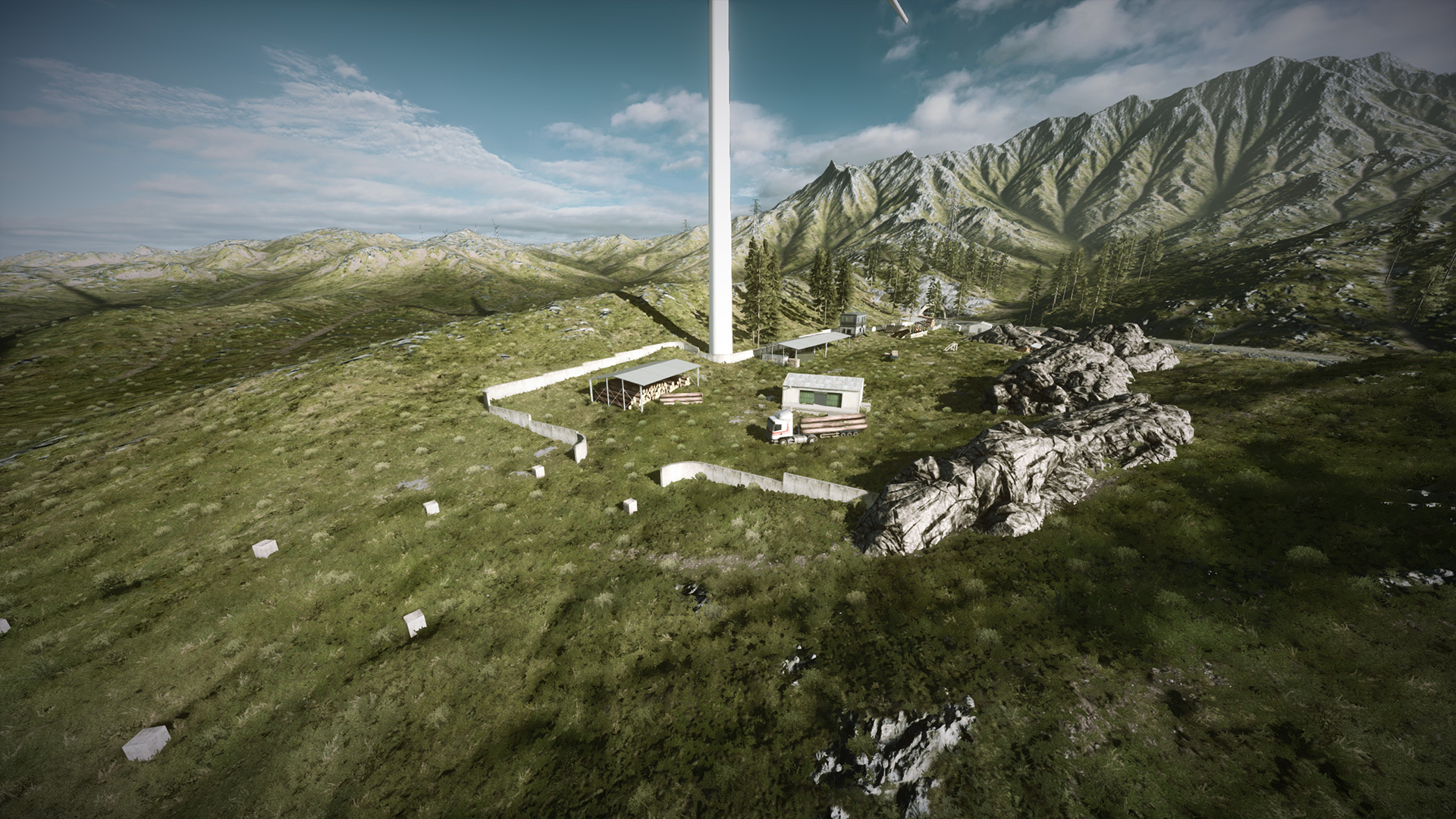 You might want to explore the whole map instead of focusing your efforts on the main zones, you might end finding interesting things you didn't expect. 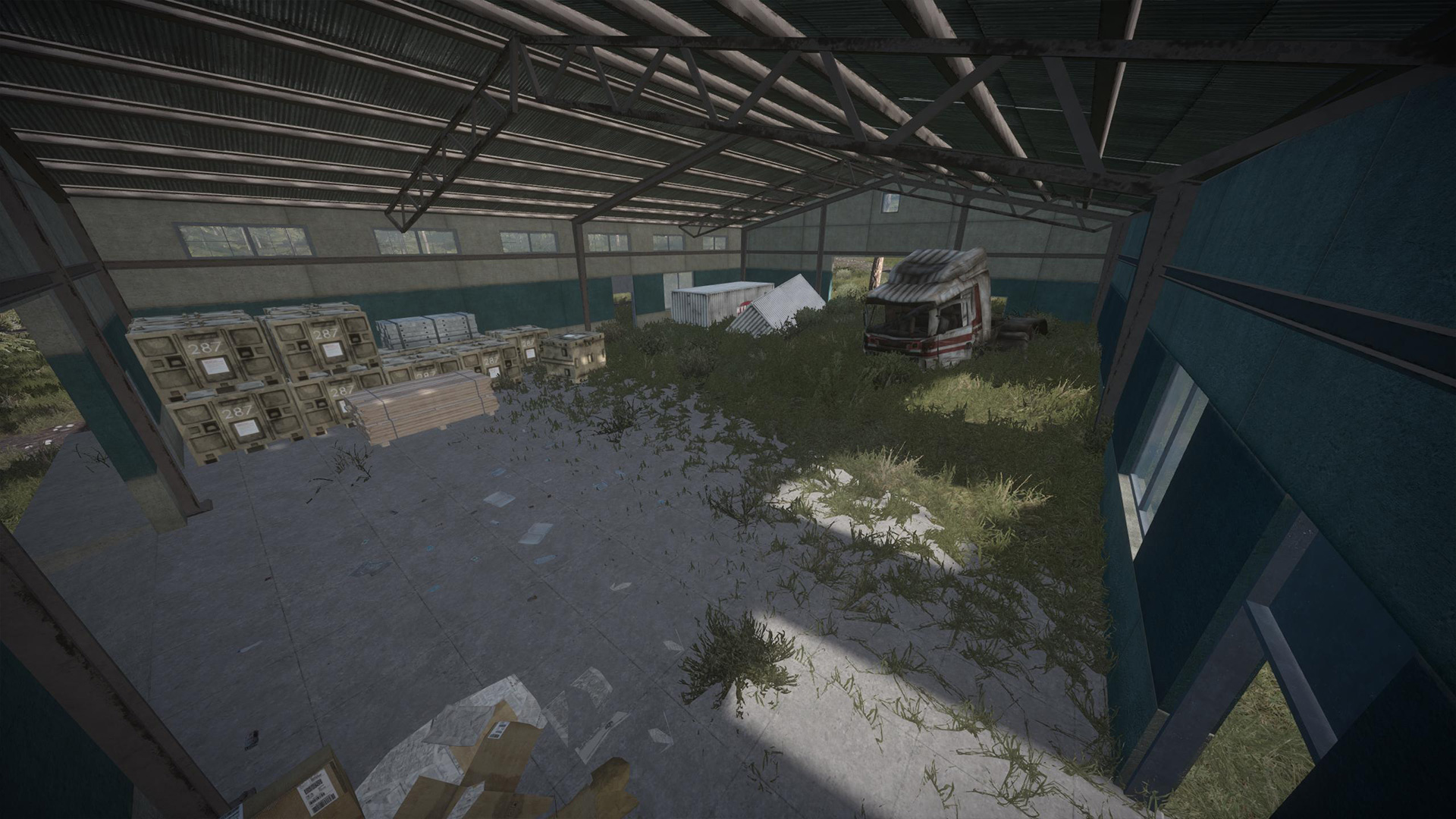 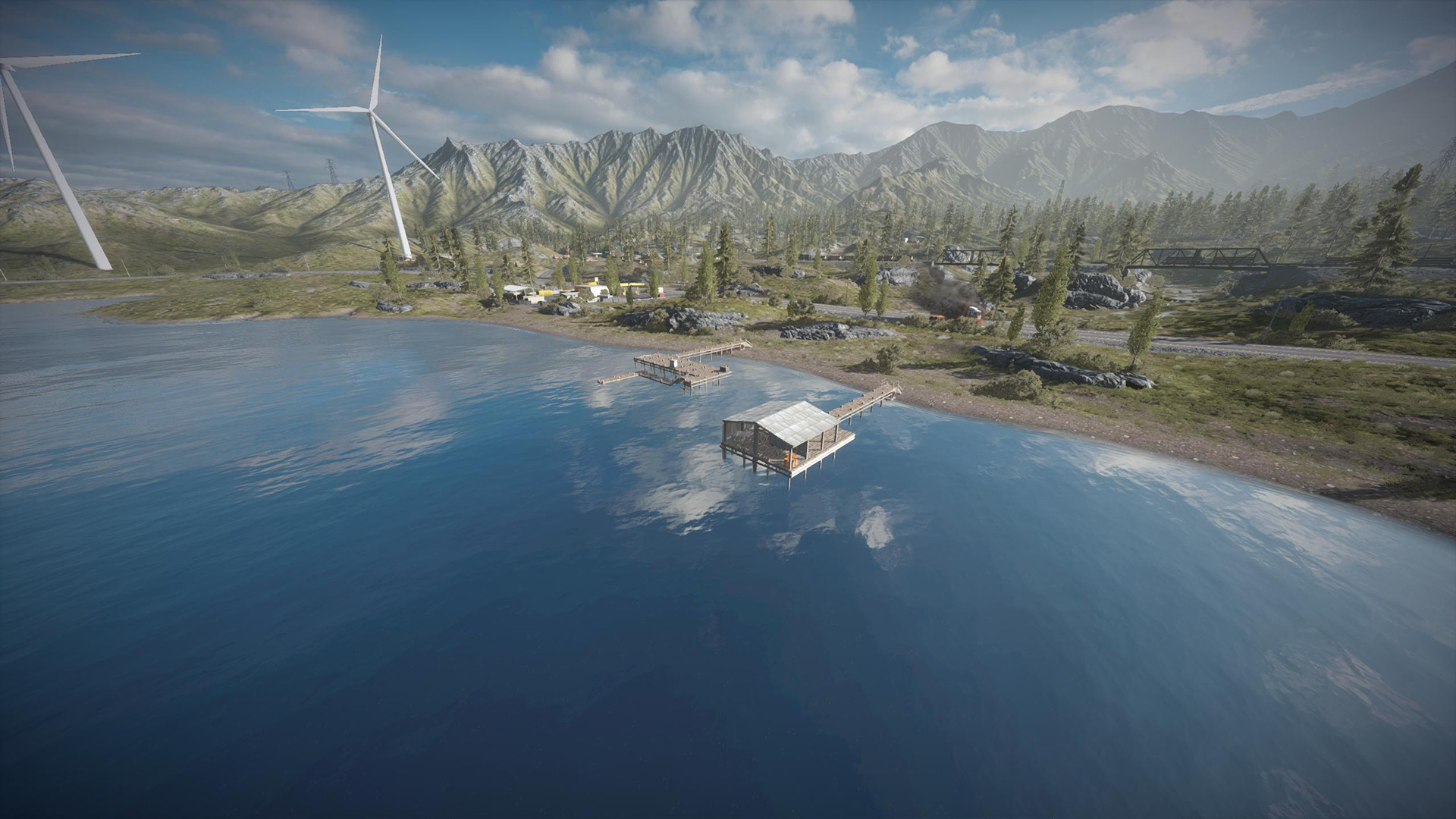 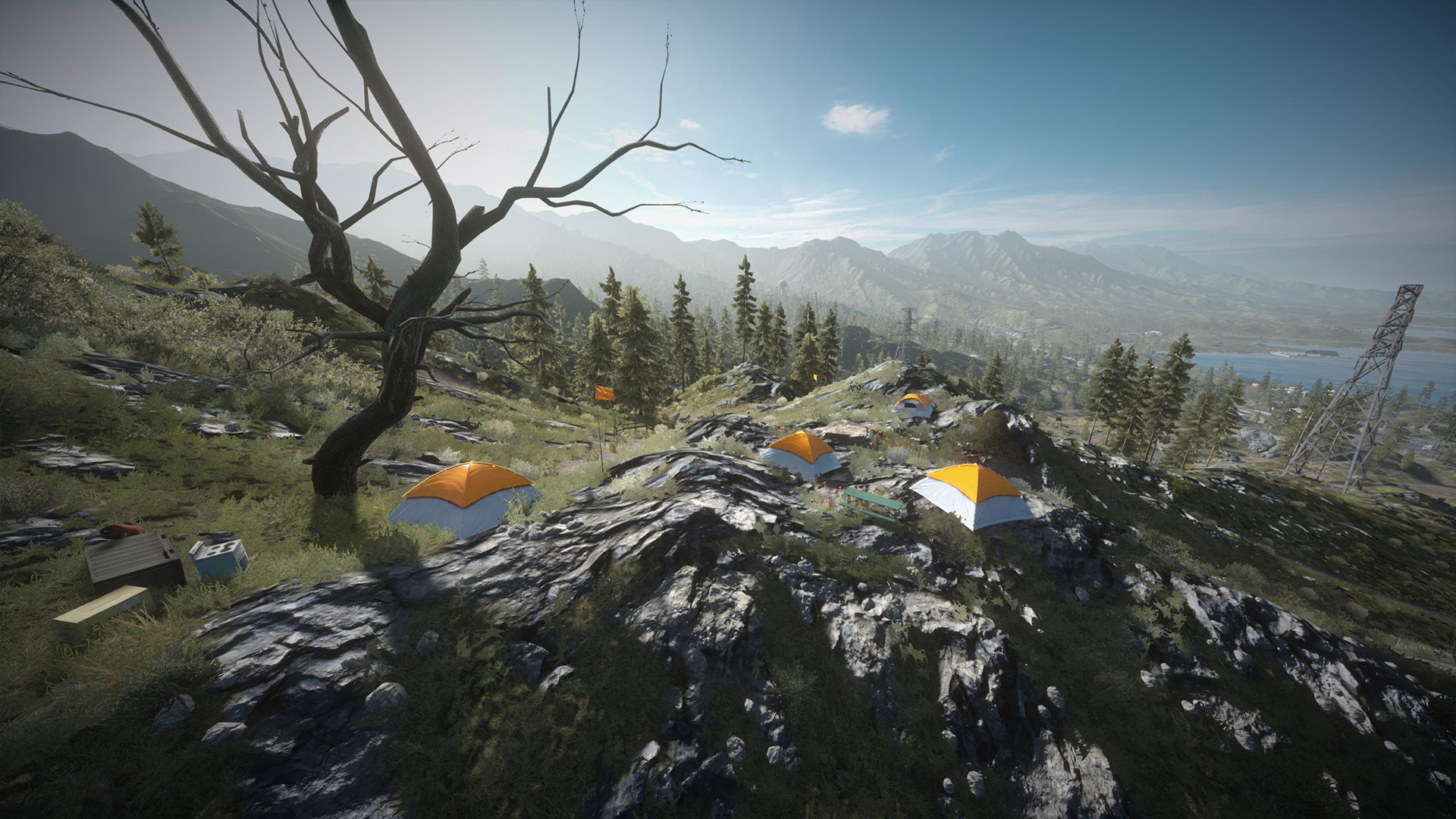 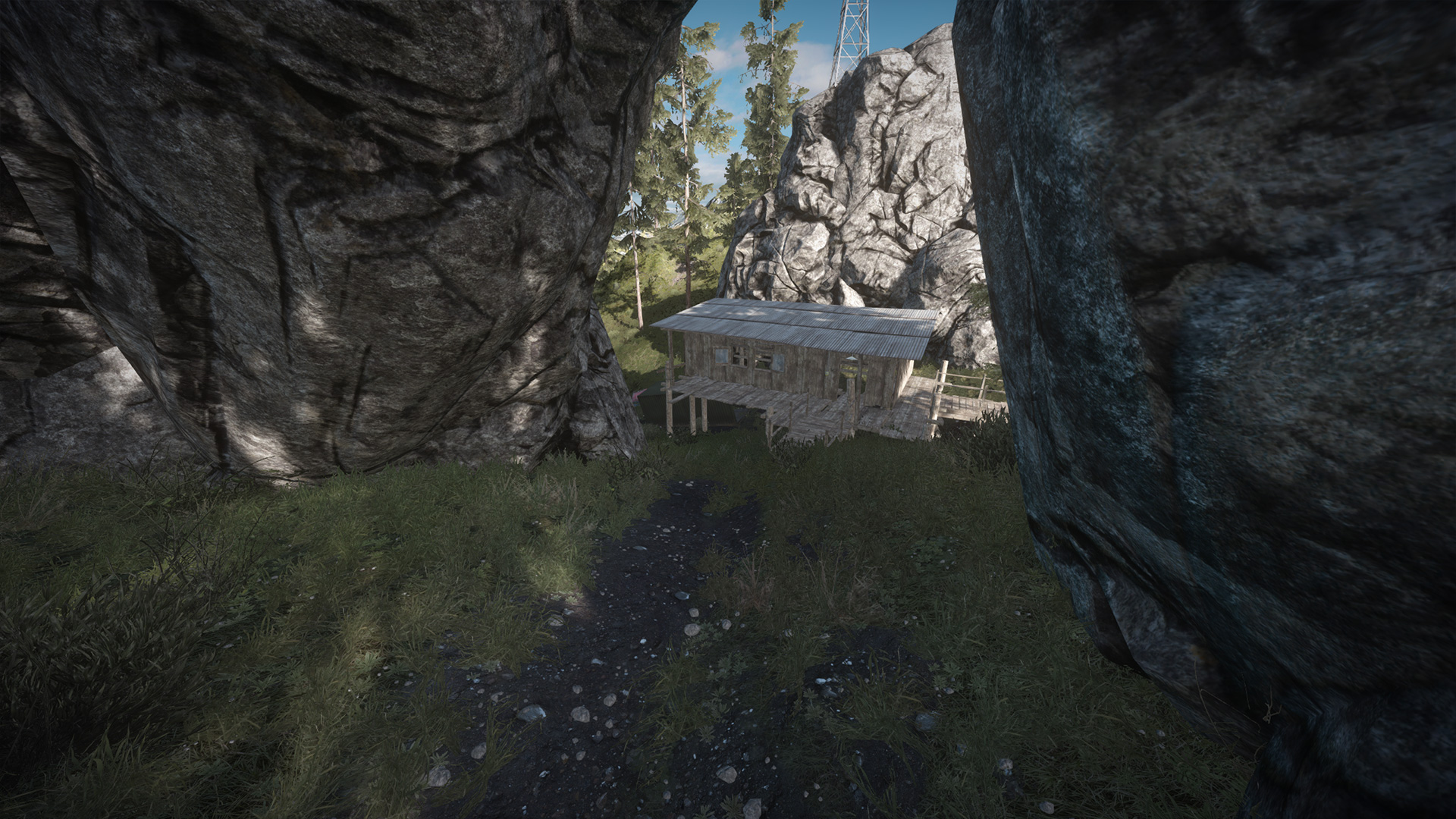 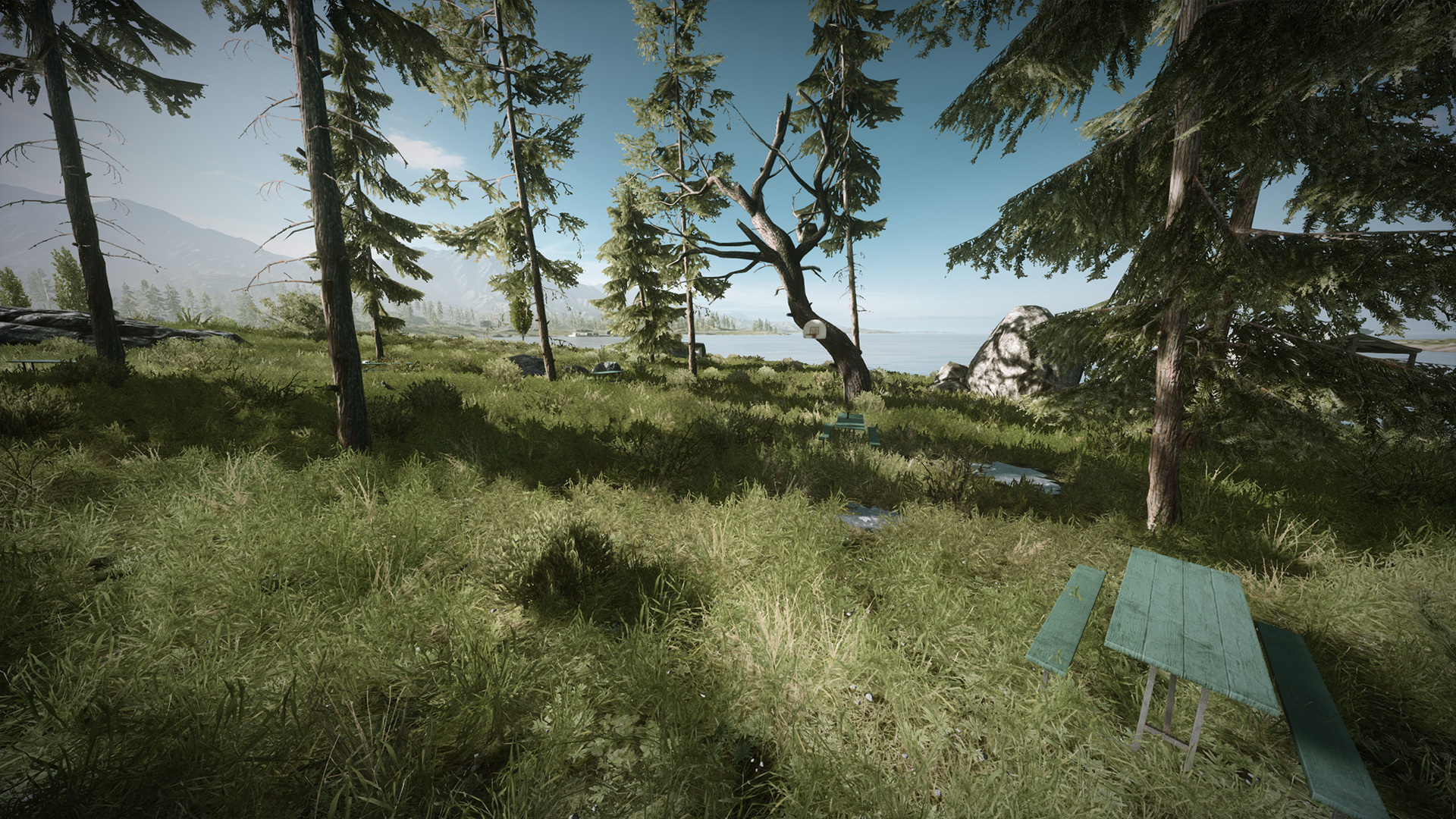 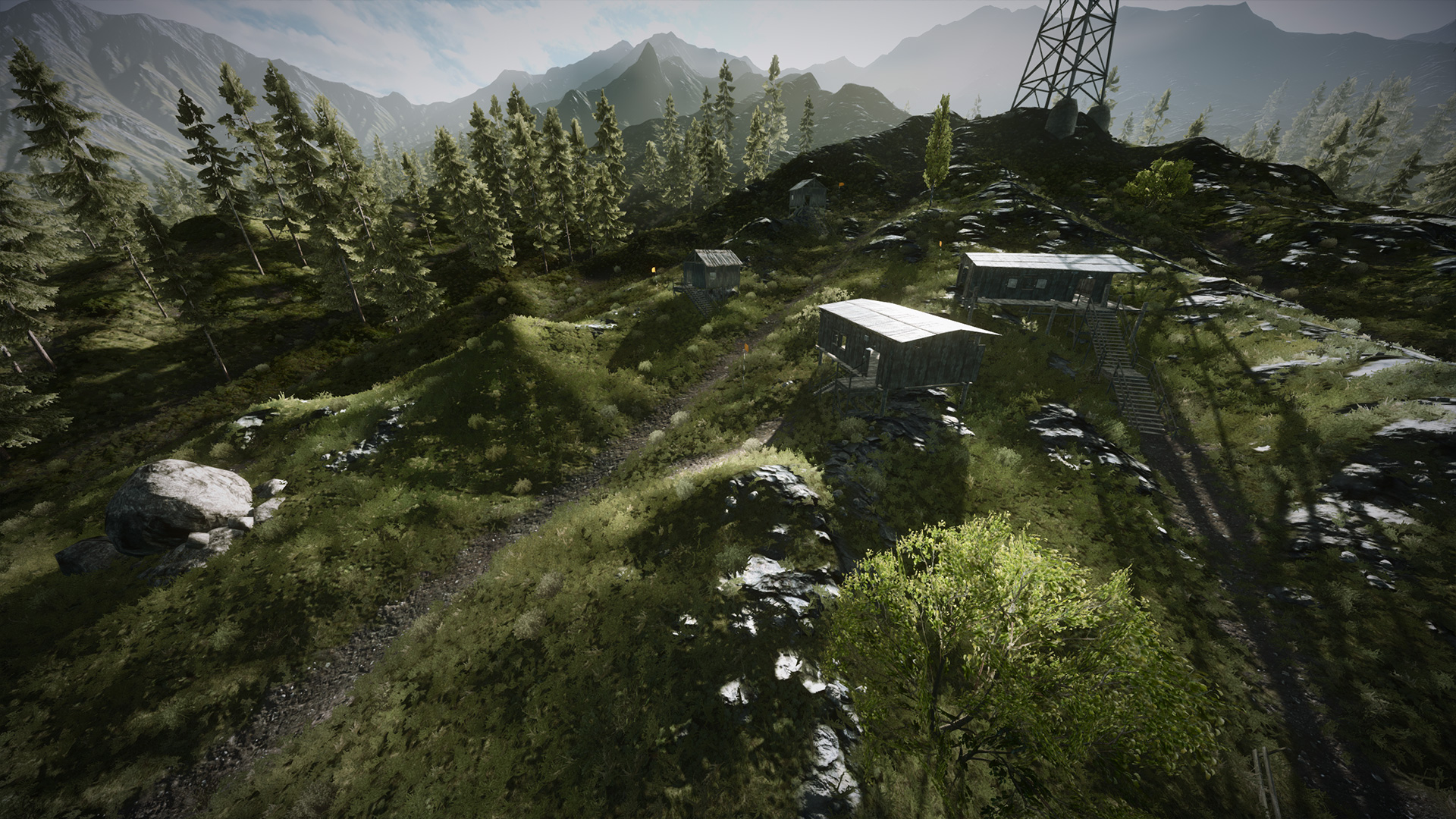 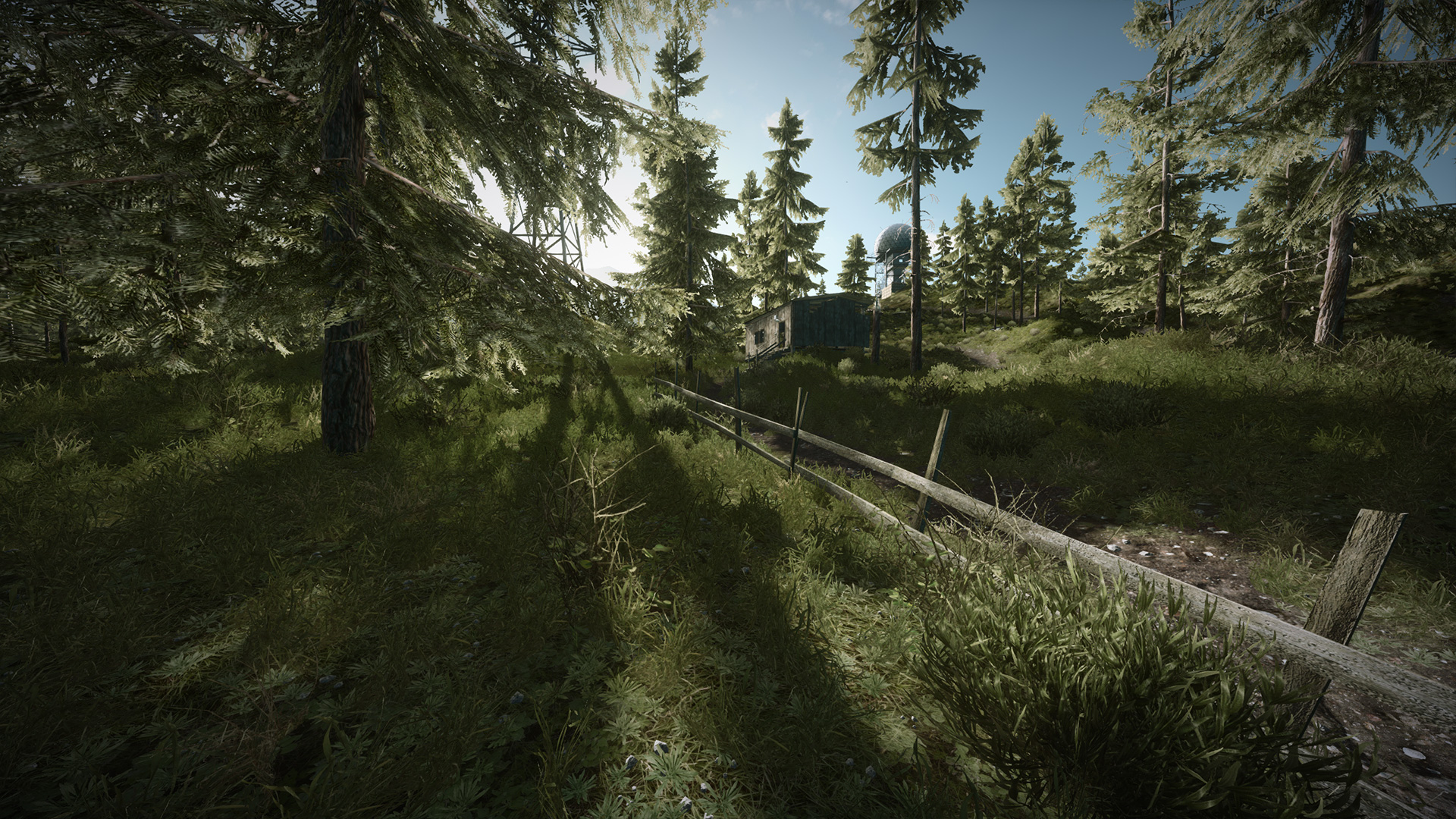 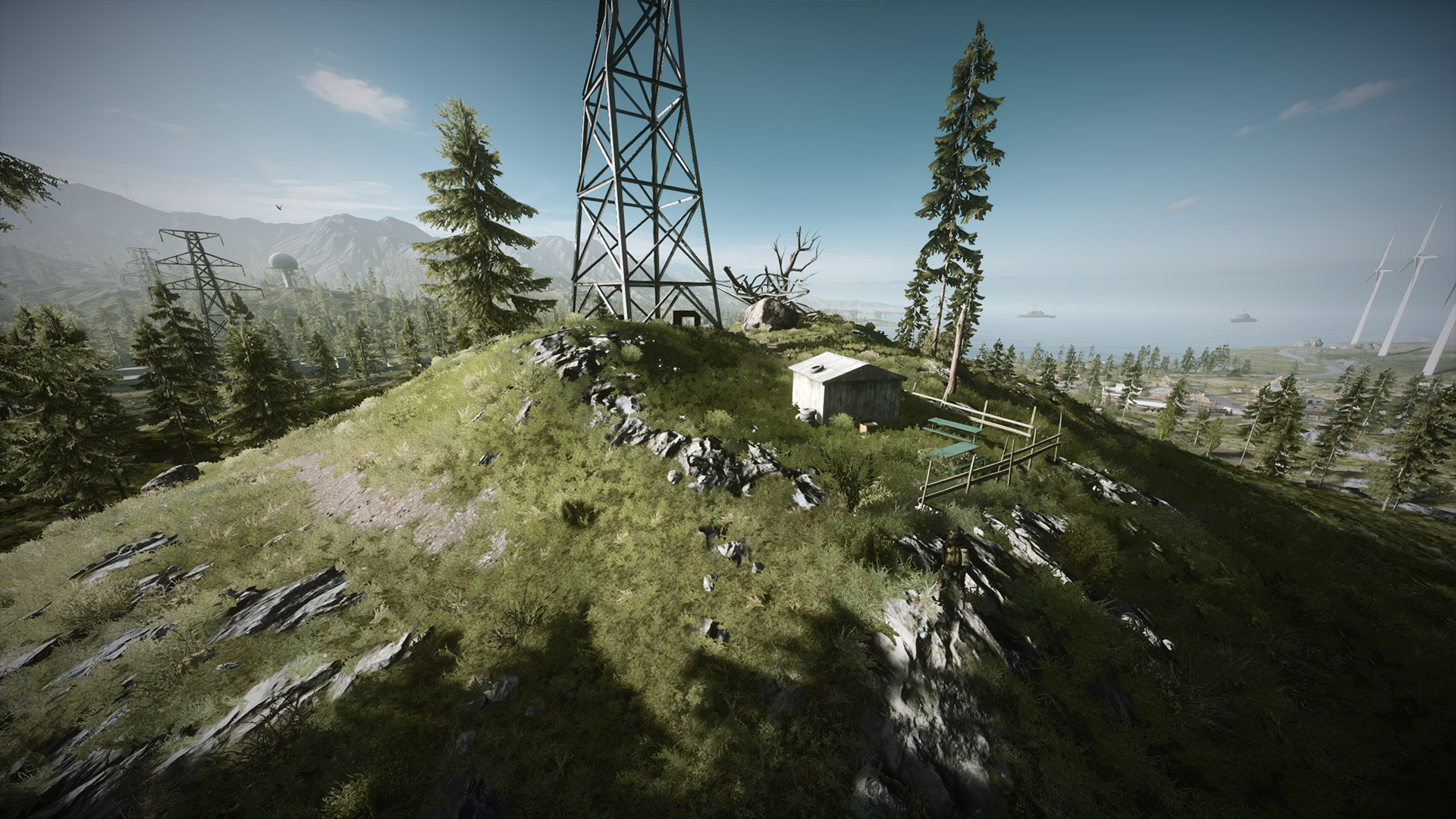 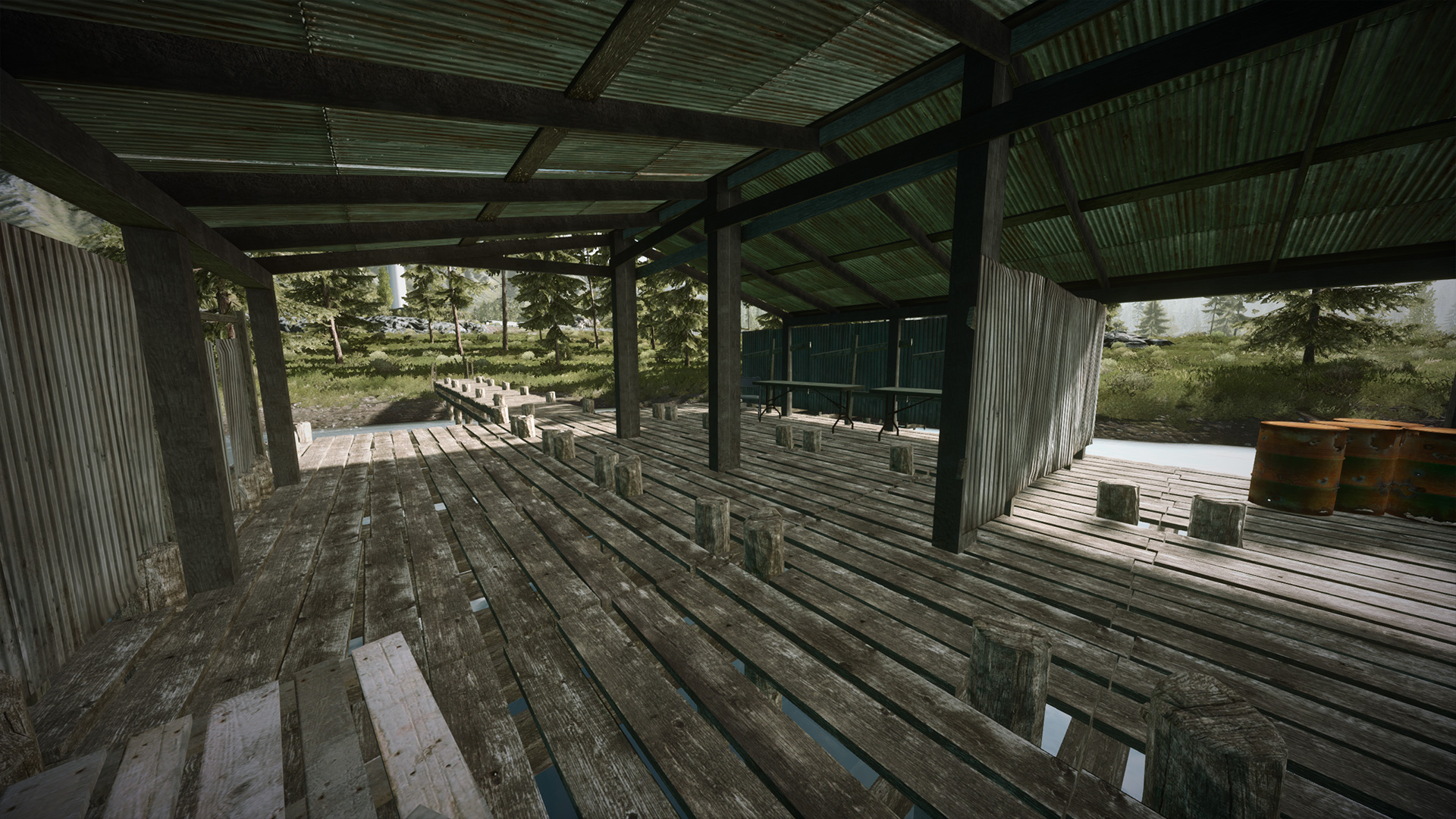 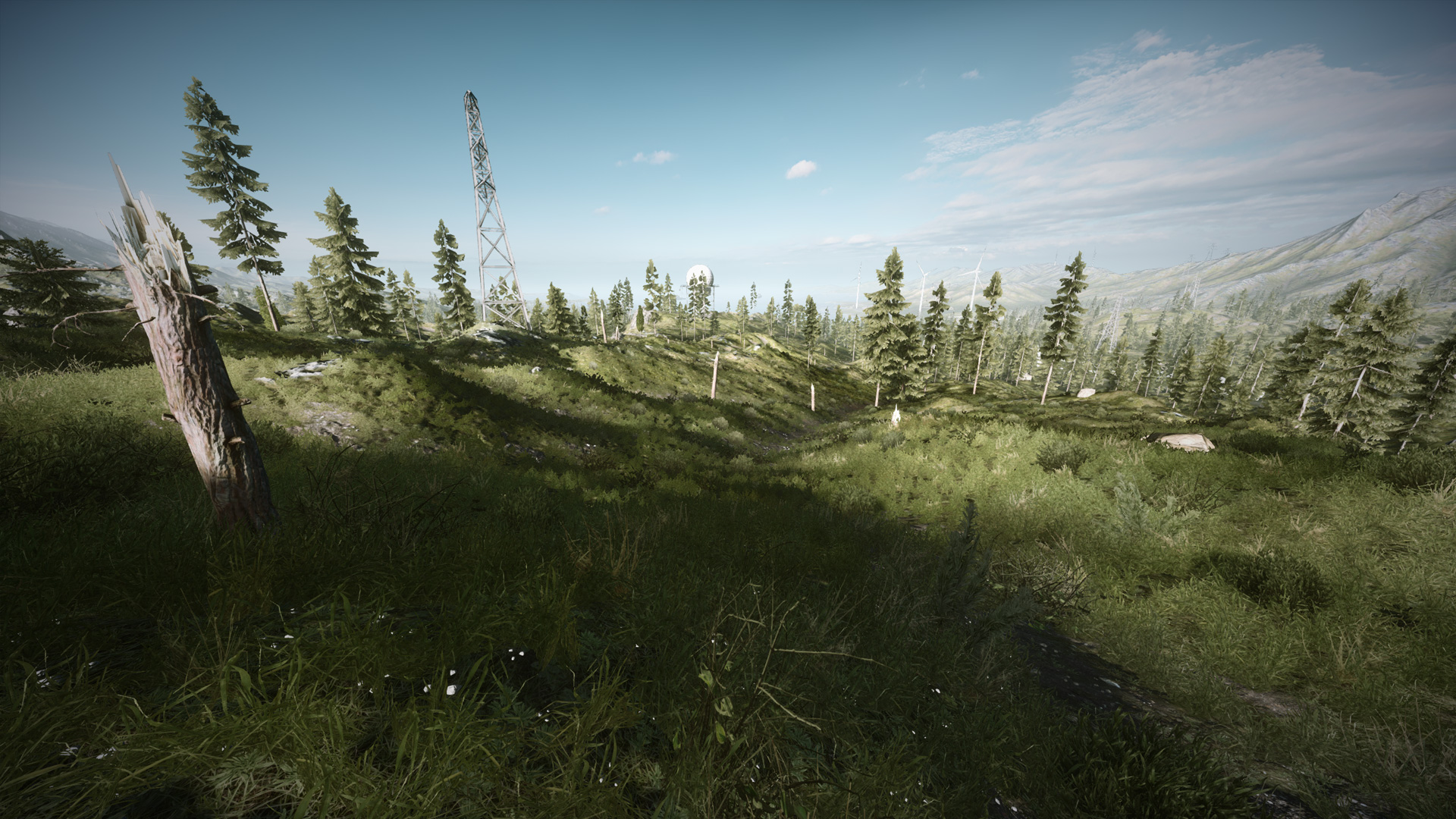 The first post on our devblog: Circle of death, Dropship, Ping system and what to expect. 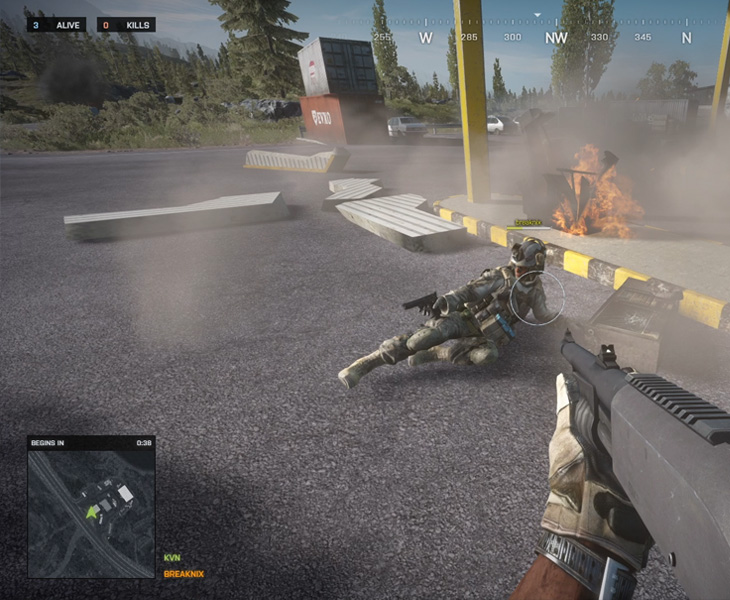